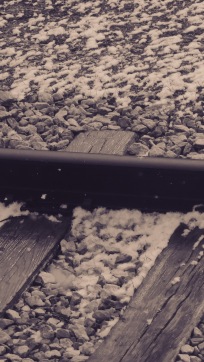 Maybe it’s because they are so close. We think “we can do that anytime.” Because it’s so easy we don’t make plans. Why do we need a plan to do something in our own backyard? But without a plan, things get set aside until “maybe we’ll do that next week” or next month or next summer

We took our first ride on the Cuyahoga Valley Scenic Railroad on Sunday. Spring has been slow to arrive to Ohio this year and it occurred to me that maybe we should wait for better weather—wait until the woods were green— wait until later in the season after the trees had leafed out and summer grasses and ferns lined the forest floor—wait until next summer.

But our friends were right. A cold Sunday in early April was just fine for a train ride. Better than fine really, because bare trees allowed us to see deep into the woods and far down creeks and rivers to enjoy views we never could have seen through the thick leaves of a summertime forest 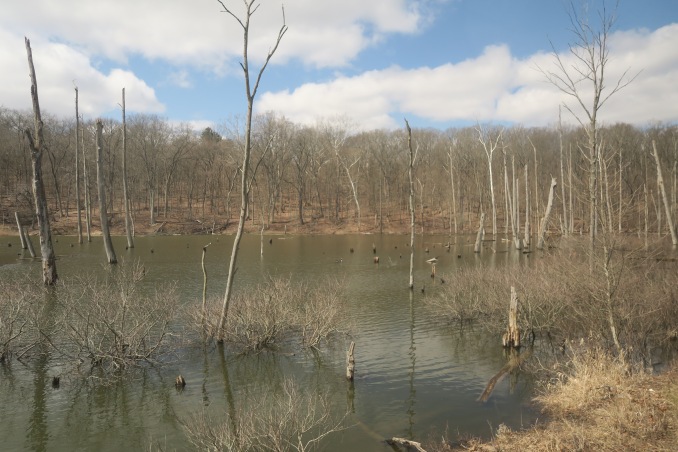 We arrived at the Old Rockside Road station at 8:30 AM and boarded the train for a 9:00 AM departure. The train was traveling through the Cuyahoga Valley National Park to Akron and back twice that day. Our friends had pre-purchased on-line advance tickets for the four of us. It’s recommended since at times the train can be very crowded. Tickets in the coach car were only $15 and on our chilly Sunday morning there were only a few passengers. We had the back of the car to ourselves, enabling us to move back and forth and from one side of the train to the other for the best views. The comfortable padded seats are in blocks of four with two seats facing the other two seats. Windows are large giving everyone a good view. Other more expensive classes of tickets are available for events and for different styles of train cars but the “cheap seats” in coach were just fine. 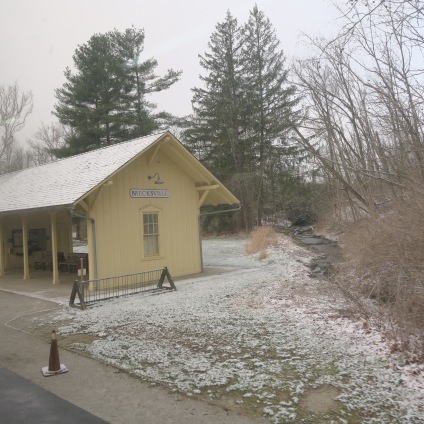 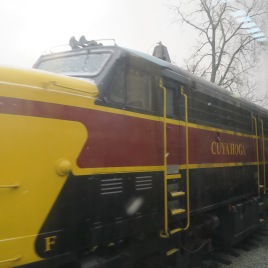 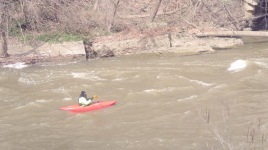 he train stopped several times at stations along the way to take on more passengers and let others off to hike or bike trails in the park. The ride lasted approximately 3 ½ hours. Along the way we passed rivers and streams, wooded hills and grassy fields. We passed historic locks, beaver dams, and saw herons and red tail hawks circling in the sky. High in the top of the stub of a tree was the nest of a bald eagle. Snuggled down inside the nest, the bright white head of the majestic bird shown bright in the sunlight.

The first trains began running through the valley in 1880 carrying coal from the Tuscarawas river valley and transporting passengers eager to escape the city to spend time in nature. The rise of the automobile caused a decline in rail service but the scenic train route was revived in 1972. 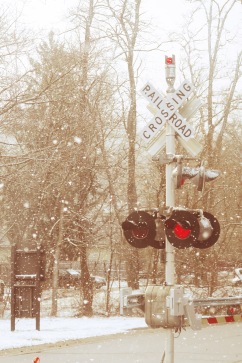 Train workers were friendly and full of knowledge about the area and the train. We learned that our engineer for the day works only part time for the railroad. For his “real job” he works as an airline pilot. He ran our train giving us a remarkably smooth ride.

We had snacks from the on-board snack bar and we spend a morning talking with our friends and the train workers assigned to our car. I doubt that there would ever be a “bad” season for riding the train but with fewer passengers, early spring was especially nice, very quiet, and relaxing. 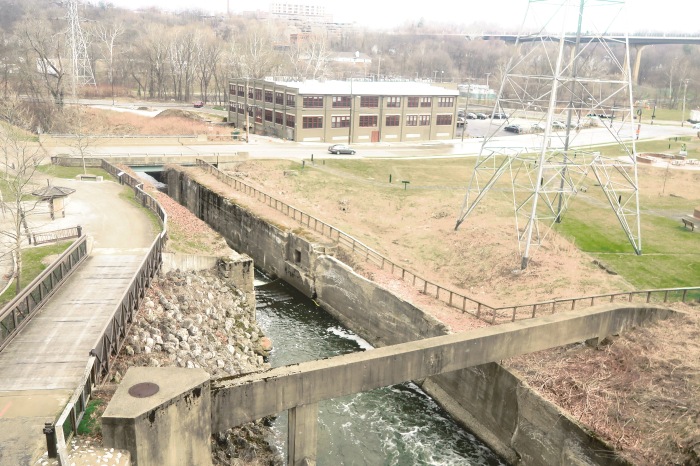 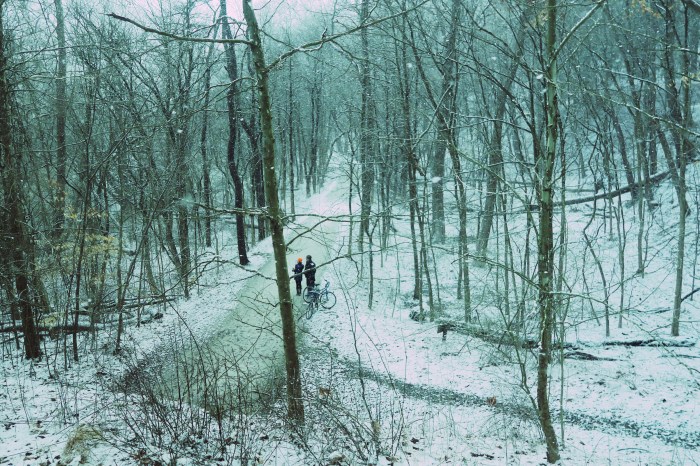